Best Value Phones on the Market

Smartphones have become an important tool in our everyday life. This means that finding affordable phones that offer everything you need is now a necessity. It is assumed that smartphones that are more expensive have the best features. This may be true, but there are many affordable phones on the market that offer the same or similar features as some of their pricier peers.

We take a look at four of the most affordable phones on the market, that offer everything you would need from your smartphone and more. These devices continue to remain some of the bestselling smartphones to date.

Launching in South Africa in the middle of a worldwide pandemic, Huawei was able to introduce us to another one of their affordable phones with some of the best flagship features. Despite Huawei losing Google support, they have brought us a cheap android phone with an app gallery equipped with Google app replacements. The P40 lite comes with an appealing look featuring a gradient colour effect option.

Here are some of the features that this affordable phone has to offer:

Samsung has always been great at offering cheap Samsung phones hosting most of our desired features. With the popularity of the Samsung S range, driven by the S20, it was incredible to see Samsung offering yet another affordable phone range with the A series. Released in February this year, the Samsung Galaxy A32 came into the market with a minimalist look that could appeal to almost any buyer.

Let's take a look at the key features of this affordable phone:

The Apple iPhone SE was a way to introduce an affordable phone with the Apple legacy and has done just that. It is on the smaller side, compared to some of the latest apple iPhones like the iPhone 11 and 12, but hosts some of the same flagship features in the very familiar Apple navigation. This device, although launched last year, continues to remain one of the best cheap smartphones on the market. 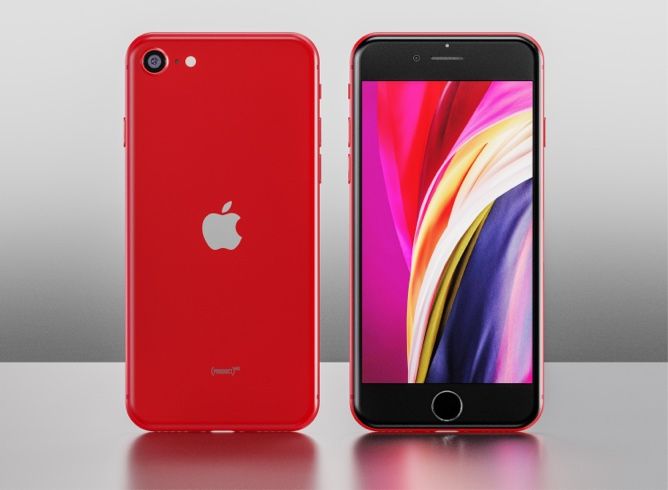 The Huawei P Smart 2021 is another one of the Huawei devices released after Google cut ties with the brand. But this affordable phone is still a bestseller, offering Google app replacements and many key features searched for by consumers. The P Smart range have remained some of the best cheap smartphones, with new features and technological improvements with each new edition. The P Smart 2021 is no different, offering many of the key features we've seen in some of the latest phones this year.

An affordable phone with flagship features? Here is what that means:

The P40 lite vs the Samsung Galaxy A32

It is clear that among these affordable phones, the P40 lite and Galaxy A32 take the lead when it comes to flagship features. To help you choose between these two cheap android phones, here is a comparison of a few additional features offered by these devices.

Purchasing a new smartphone doesn't have to break the bank. Many of the popular phone brands cater to our budgets by launching affordable phones, like the devices above. As we've seen, many of these affordable phones offer various flagship features found in the more expensive device ranges. We refine endless choice by not only offering devices that suit your needs, but your budget too.